HOME > BLOG > Community Champions give hope and comfort to families

Community Champions give hope and comfort to families 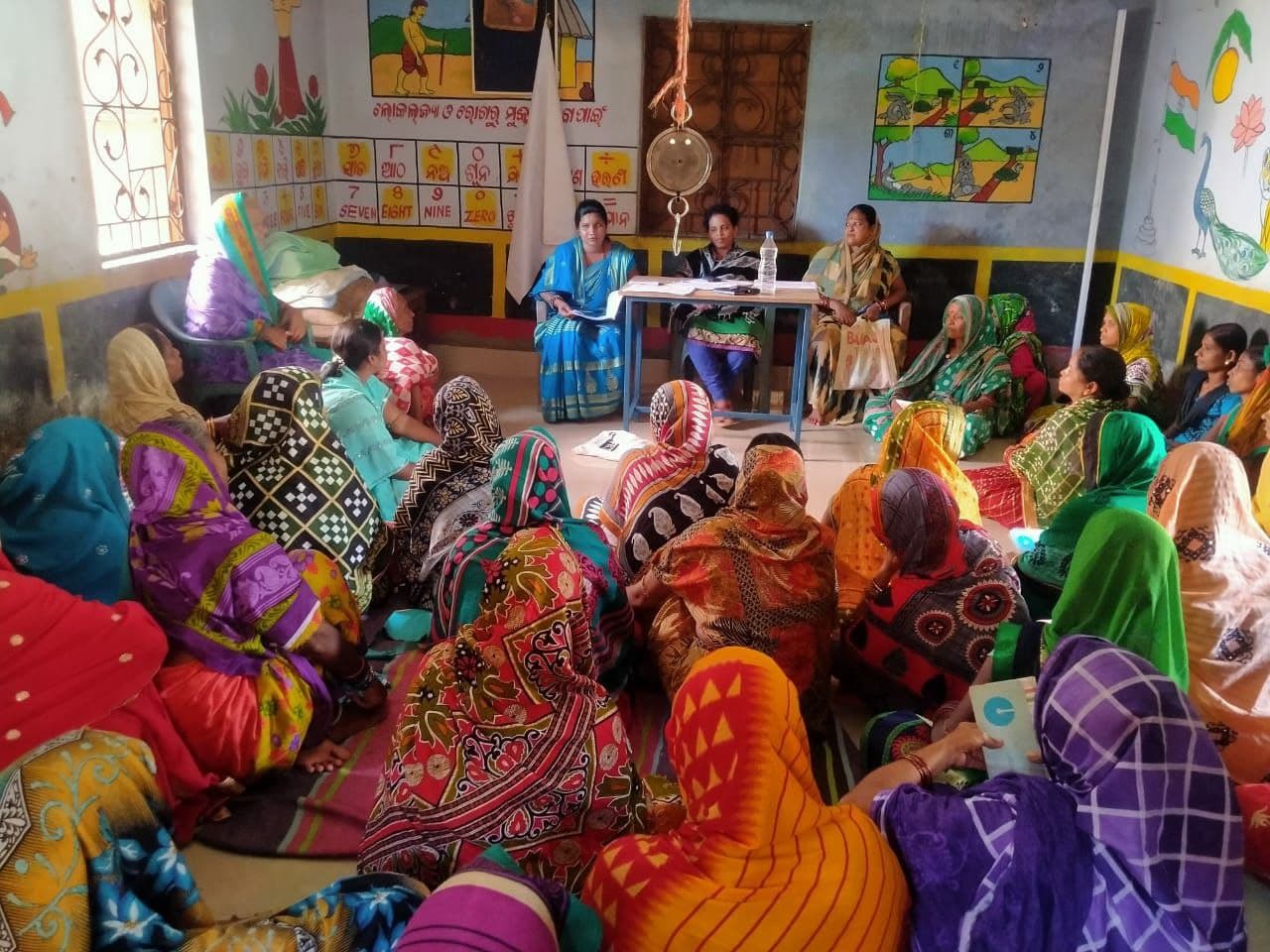 Community Champion reaching out to SHG members in Buguda block in Ganjam district.

Thirty-eight-year-old Susant Kumar Sethi had worked as a technician in a power loom factory in Surat since 2007. He earned ₹18,000 every month and sent half of his earnings to his wife back home in Pankalasahi village in Birajpur Gram Panchayat in the Ganjam district. His wife, Nandini, lived with their two children and his mother, Saraswati Sethi. In 2016, Susant had to leave Surat and return to his village when he was diagnosed with oral cancer. His 62-year-old mother, Saraswati, farms their one-acre land to cultivate paddy, pulses, and vegetables. She takes help from her relatives and employs daily-wage labourers to work the land that produces food for the family for one year.

When Jhunilata met Susant in September 2021, he mentioned enrolling in the Pradhan Mantri Jeevan Jyoti Bima Yojana (PMJJBY) scheme on the advice of a well-wisher from his village six years back. He had been regularly paying the annual premium of ₹330 though he was unaware of the scheme’s benefits. Susant’s wife, Nandini, had also enrolled in the scheme but was unaware of the benefits and procedure to access those. Susant had exhausted his savings and taken loans to meet the expenses for his three operations in the past six years. Jhunilata asked Susant to apply for the Ayushman Bharat Pradhan Mantri Jan Arogya Yojana (AB PM-JAY) Health ID card.

A few weeks later, while conducting the door-to-door survey in 434 households in Pankalasahi, Jhunilata heard about Susant’s death. Nandini informed Jhunilata that they had requested the ASHA worker to get Susant’s death certificate released soon after he had passed away. They knew they needed this to submit the claim under PMJJBY but were unaware of the one-month deadline for claiming the insurance.

The day after getting the certificate, Jhunilata and Nandini reached the bank and filled out the required form to raise the insurance claim. Since it was the last day to raise the claim, they requested the bank to help process it the same day. They submitted the necessary documentation, including a copy of the death certificate, his bank passbook, copies of Aadhar cards of policyholder and nominee, and the voter ID-card.

Nandini feels she could not have gotten the certificate if it was not for the support from Jhunilata, “I relied on the ASHA didi to get the death certificate released from the CHC. I don’t think I would have received the certificate on time if Jhunilata had not pressured the CHC officials to release the certificate and persuaded the bank officials to urgently process the insurance claim. I am grateful to her for helping us at a time when my family lost the only earning member. I am also carrying the additional burden of paying off the loans we took to meet Susant’s medical expenses. The money I will receive from the PMJJBY scheme will help to a great extent to reduce that burden.”