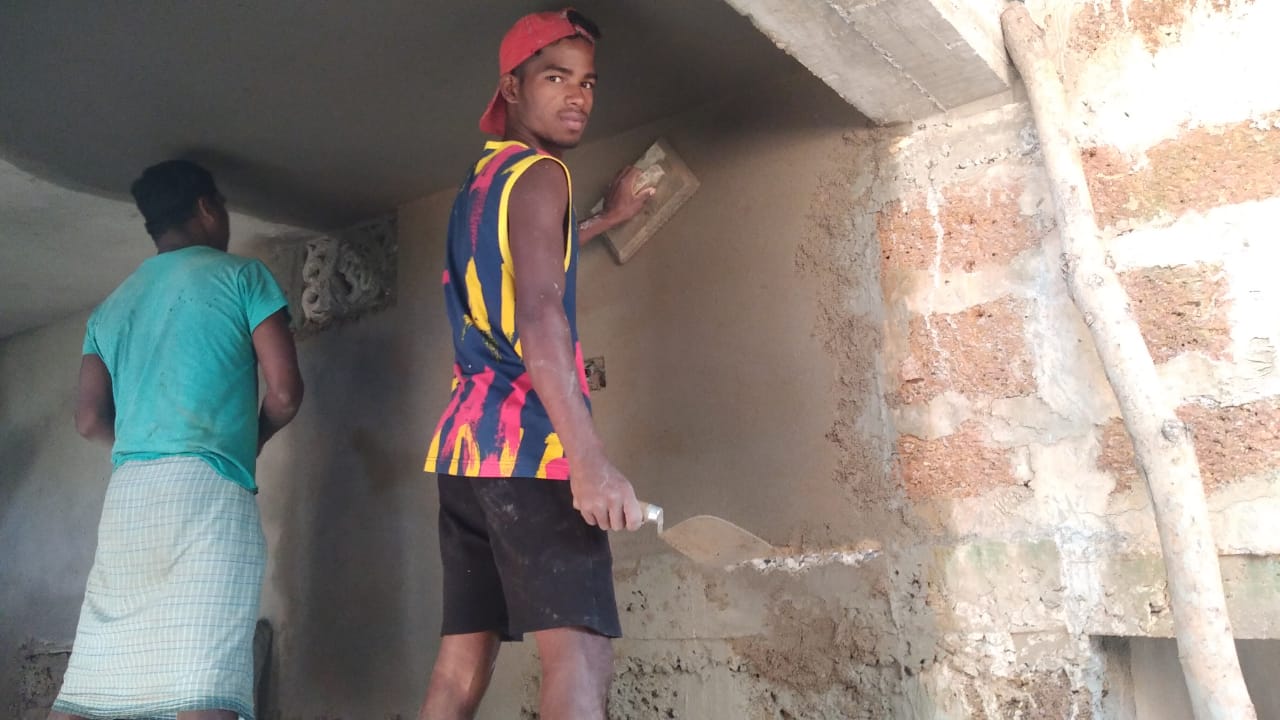 John Hembram is now a skilled mason who earlier worked as labourer.

John Hembram completed his Class X in 2015 from Government High School, Chandaka, in village Phirkinali in Odisha’s Khordha district. He wanted to study further, but his parents, both daily wage labourers, could not afford to pay for him to go to college. They wanted him to start earning soon so that he could support the family. It was hard for the family to get by with only the irregular income from the wage work. John’s three elder brothers had moved out of the house after their marriage and lived separately.

Phirkinali is a small habitation of 72 households of the Adivasi community, Munda, situated within the Chandaka Reserve Forest. The nearest city, Bhubaneswar, is about 15 km away. Most men and women from the village work in construction sites in Bhubaneswar. They find work through the labour contractors who allocate work to them as per the need and availability.

John decided to go to work as a construction labourer. For four years, he went to different work sites in Bhubaneswar, along with other men and women from his village, in an autorickshaw sent by the contractor to Phirkinali. He carried bricks and cement bags for ₹250 – 300 a day.

On 3 May 2019, the cyclonic storm Fani hit Odisha, causing widespread damage to 15 million people. Khordha was one of the 14 districts to be severely affected. Cyclone Fani destroyed more than 75% of the houses, made of thatch and mud, in Phirkinali. The only fair-weather mud paths connecting the village to the main roads were damaged and filled with debris.

In January 2020, John enrolled in the mason training course organised by Gram Vikas as part of UDAN. Twenty women and men from Phirkinali underwent mason training for two months. Soon after the lockdown lifted, and as construction picked up, the newly trained masons started finding work at much higher pay. John says he sensed a good opportunity to earn better and improve his family’s condition, “I get ₹550 a day and work as a mason. People in my village give me a lot more respect. I am happier today.”

John doing the cement plastering work at the construction site.